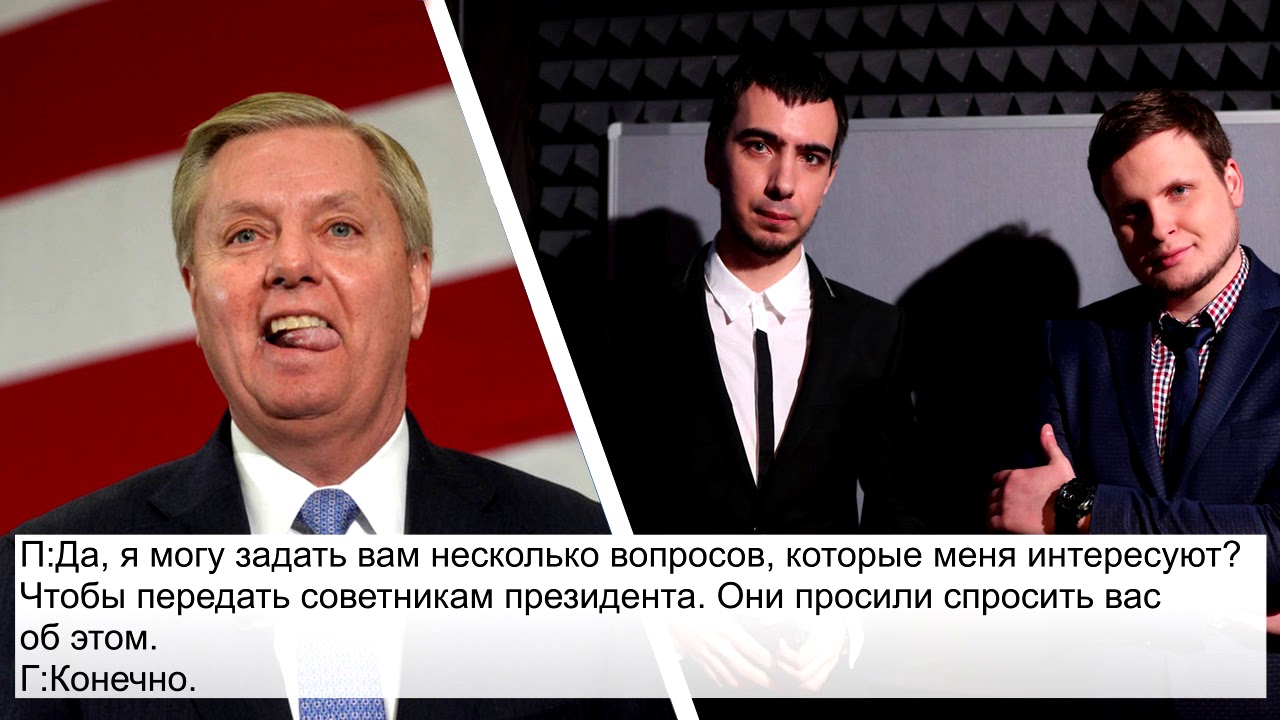 Russian pranksters pretend to be part of the Russian Government and Lindsay Graham tries to make a sale of some US war planes, offers free trade agreements and other treaties.

Offering to sign the supposed government officials weapons and offering to enlist them in the new F-35 program. Offering a wide-open free trade agreement rather than limiting it to a goal of 75 Billion dollars in trade.

In the prank call Lindsay speaks on stabilizing the partner nations currency, and makes an awful lot of promises without checking in with anyone else first. Lindsay Graham seems awfully hungry to make this deal happen. Just how much was in it for him?

This only days after Graham criticized Trump on his Syria troop withdraw.

My how the wheels of karma turn so fast! How Lindsay fell for this one, no one knows.