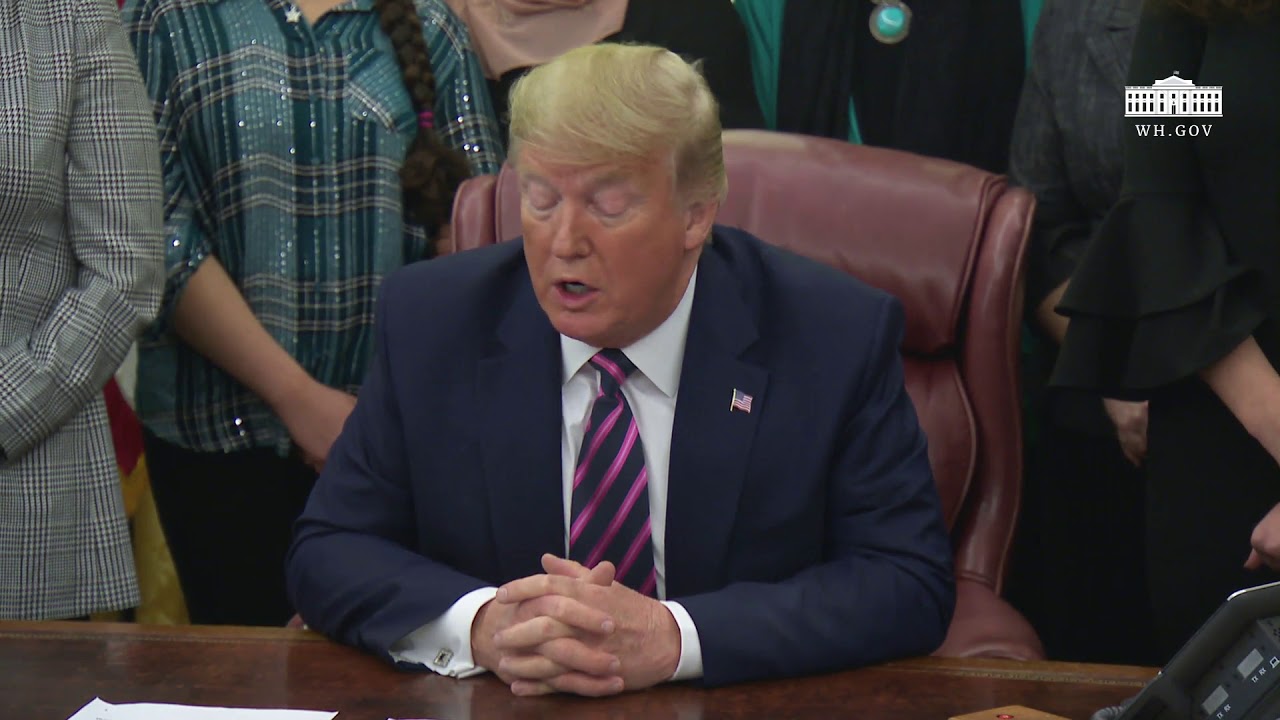 In response to decades of anti-religious legislation that have removed prayer from school, Trump enacts the “Right to Pray”.

“We are gathered in the Oval Office for the National Religious Freedom Day — something very important and very special, and special to me and the people that are gathered around me.”

President Trump continues by introducing the legislation to the onlookers:

“This afternoon, we’re proudly announcing historic steps to protect the First Amendment right to pray in public schools. So you have the right to pray. And that’s a very important and powerful right. There’s nothing more important than that, I would say.”

Trump continues to speak to the crowd about the bill saying:

“In a sacred principle of our Republic that government must never stand between the people and God.”

And he continues to point out the years of religion being removed from schools.

“Yet, in public schools around the country, authorities are stopping students and teachers from praying, sharing their faith, or following their religious beliefs. It is totally unacceptable. You see it on the football field. You see it so many times where they’re stopped from praying. And we are doing something to stop that.”

“Tragically, there is a growing totalitarian impulse on the far-left that seeks to punish, restrict, and even prohibit religious expression. Something that, if you go back 10 years or 15 years or 20 years, it was un-thought of that a thing like that could even happen — that anybody would even think of something like that happening.”- President Trump

Ricky Gervais Monolouge Unleashes on Hollywood at the Golden Globes